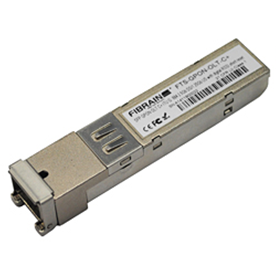 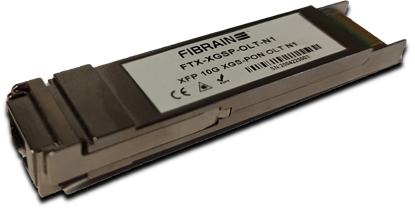 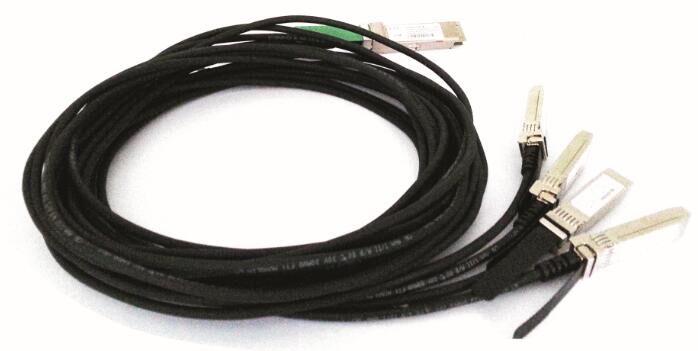 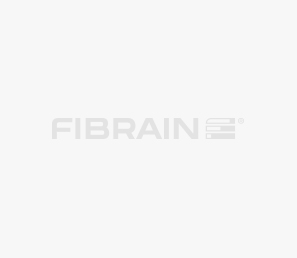 This kind of transceivers (also called miniGBIC) is commondly used in networks based on Ethernet, Sonet, SDH, FiberChannel, CPRI, OBSAI technologies. It was introduced to the market in 2001 as a successor of GBIC module. Compact size, low power consumption and optional optical diagnostic interface decided about populatiry of those modules. Thanks to small dimensions port densitiy was dramatically increased on host devices which had great impact on cost per port. Devices which are using SFP modules offers great flexibility in port configuration, they are scalable and upgradeable. 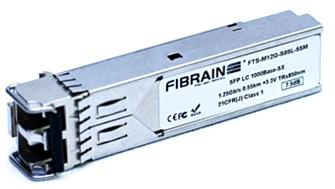 The SFP+ (Enhanced Small Form-factor Puggable) is an enhanced version of the SFP that supports data rates up to 16 Gbit/s. The SFP+ specification was first published on May 9, 2006, and version 4.1 published on July 6, 2009. SFP+ supports 8 Gbit/s Fibre Channel, 10 Gigabit Ethernet and Optical Transport Network standard OTU2. It is a popular industry format supported by many network component vendors.
10 Gbit/s SFP+ modules are exactly the same dimensions as regular SFPs, allowing equipment manufacturer to re-use existing physical designs for 24 and 48-port switches and modular linecards.Although the SFP+ standard does not include mention of 16G Fibre Channel it can be used at this speed.Besides the data rate, the big difference between 8G Fibre Channel and 16G Fibre Channel is the encoding method. 64b/66b encoding used for 16G is a more efficient encoding mechanism than 8b/10b used for 8G, and allows for the data rate to double without doubling the line rate. The result is the 14.025 Gbit/s line rate for 16G Fibre Channel.

In comparison to earlier XENPAK/X2 or XFP modules, SFP+ modules leave more circuitry to be implemented on the host board instead of inside the module, thus they are smaller and uses less power. Through the use of an active electronic adapter, SFP+ modules may be used in older equipment with XENPAK/X2 ports. SFP+ also introduces Direct Attach Cable for connecting two SFP+ ports without dedicated transceivers (copper cable is ended with SFP transceivers on both sides).

Latest version of SFP+ standard includes CWDM/DWDM technologies (for example in older version of specification for module identification there was no filed designed to indicate DWDM wavelength, now those information are implemented) . These days the SFP+ standard is one of the most popular used to bring 10G connectivity to networking devices. It is compact, cheap and reliable. SFP+ modules (depending on version) can cover speeds from 6Gbps (CPRI/OBSAI) up to 11.3 and 16Gbps (FibreChannel/Ethernet/SDH/OTN and 16G Fibre Channel). Transceiver can be prepared as compatible with: Cisco, HP, Netgear, Avaya, D-Link, Brocade, Extreme Networks, Huawei, Enterasys, 3Com, Alcatel-Lucent and other. To confirm compatibility please contact technical support before ordering. 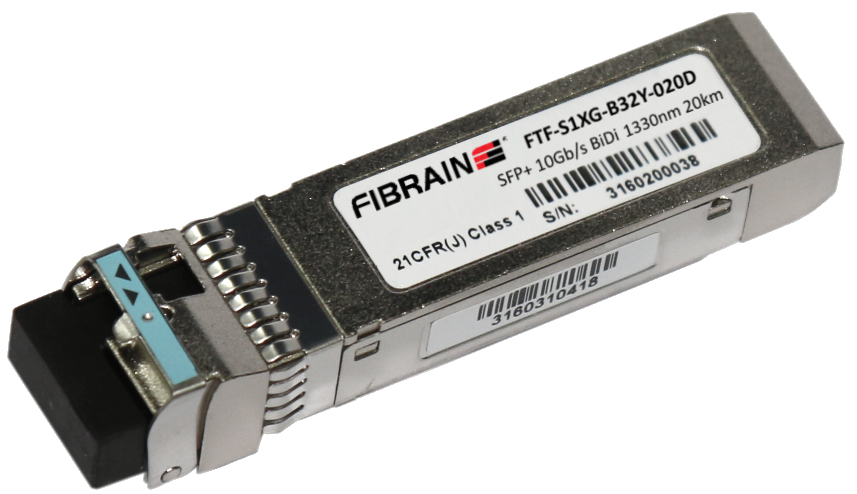 The XFP specification was developed by the XFP Multi Source Agreement Group. It is an informal agreement of an industry group, not officially endorsed by any standards body. The first preliminary specification was published on March 27, 2002. The first public release was on July 19, 2002. It was adopted on March 3, 2003, and updated with minor updates through August 31, 2005. XFP modules are hot-swappable and protocol-independent. They use an LC fiber connector type to achieve higher density. XFP modules typically operate at near-infrared wavelengths (colors) of 850 nm, 1310 nm or 1550 nm. Maximum throughput of XFP transceivers reaches 11.3Gbps, principal applications include 10 Gigabit Ethernet, 10Gb/s Fibre Channel, SONET at OC-192 rates, SDH @ STM-64, 10 Gb/s Optical Transport Network (OTN) OTU-2, and parallel optics links. They can operate over a single wavelength or use coarse/dense wavelength-division multiplexing techniques. They include digital diagnostics that provide management that were added to the SFF-8472 standard.

XFP transceivers can be considered as the successor of XENPAK an X2 optical modules. Compact sizes and lower power consumption made XFP optical modules well suited for high port density applications like high capacity switches and routers. Depending on type of transmitter and receiver used in particular model these transceivers can reach up to 80km transmission distance (without external optical aplifiers). Some modules are available with built in electronic chromatic dispersion compensation – in that case maximum transmission distance can reach up to 120km. Transceiver can be prepared as compatible with: Cisco, HP, Netgear, Avaya, D-Link, Brocade, Extreme Networks, Huawei, Enterasys, 3Com, Alcatel-Lucent and other. To confirm compatibility please contact technical support before ordering. 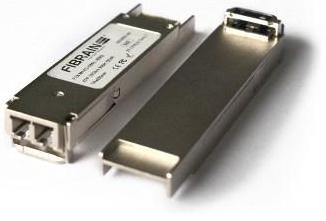 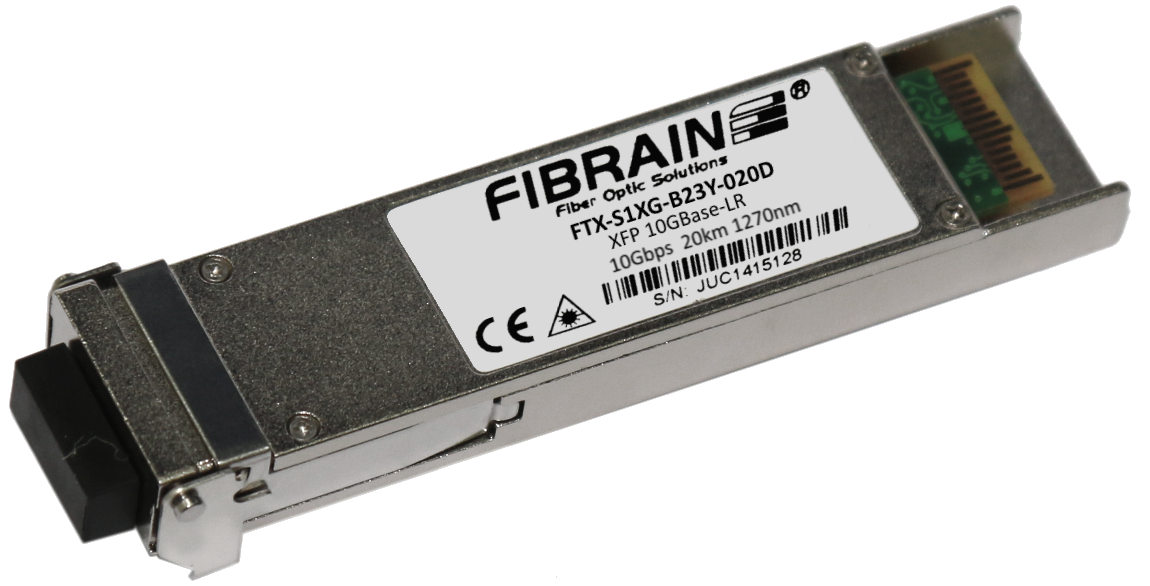 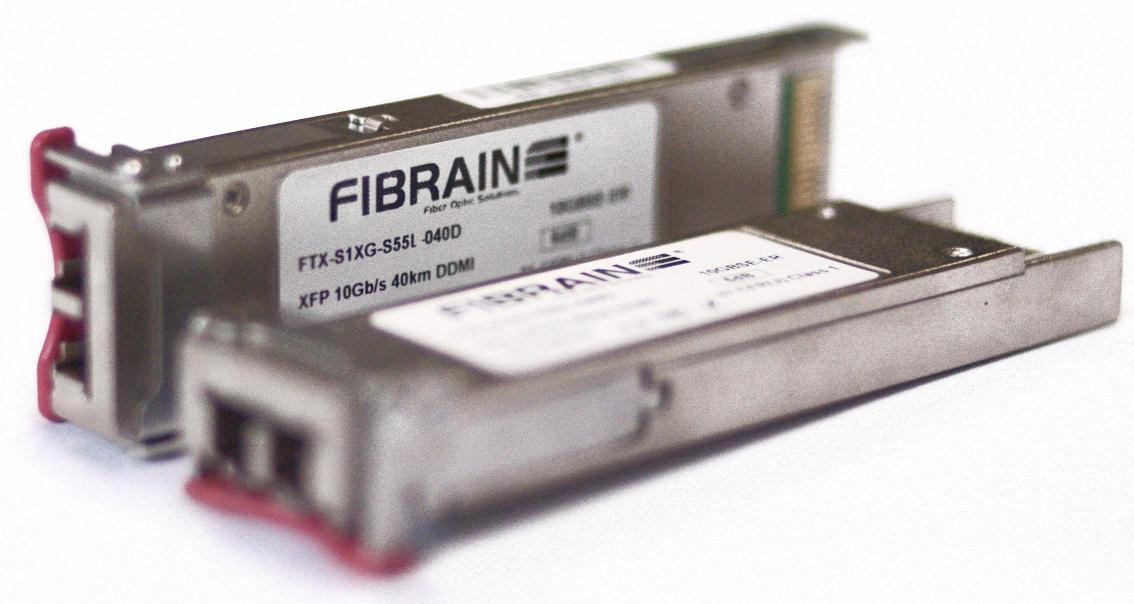